Price of Freedom 56 Men Who Signed
Have you ever wondered what happened to the 56 men who signed the Declaration of Independence? They gave us a free and independent America. The history books never told you a lot of what happened in the Revolutionary War. We didn’t just fight the British. We were British subjects at that time and we fought our own government! Some of us take these liberties so much for granted…We shouldn’t!!! So, take a couple of minutes while enjoying your 4th of July holiday and silently thank these patriots. It’s not much to ask for the price they paid….

“For the support of this declaration, with firm reliance on the protection of the divine providence, we mutually pledge to each other, our lives, our fortunes, and our sacred honor.”

“MAY ALL WHO COME BEHIND US FIND US FAITHFUL” 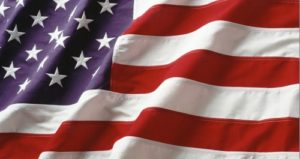 theiss123654 July 1, 2017 Uncategorized No Comments »
Over the river and through the woods in the Sunshine State …
Rental Car Insurance